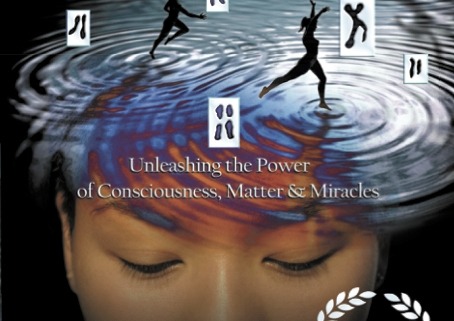 I was once a cancer cell biologist, teaching and doing research at Tufts Medical School in Boston. The last of the experiments that I did, back in the mid to late 1970’s, showed that environment was a potent driver of how cancer cells looked and acted than their genes.

As a cell biologist I wondered if the types of fatty acids we included in our diet might change the membranes of our cells, which would in turn affect cell growth and behavior. I added different fatty acids to the culture medium that the cancer cells were growing in and voila! They did change, looking and acting more or less normal or cancerous depending on the fatty acids that I added to their environment.

We know now that our cells don’t look and act the way they do only because of their DNA. After all, DNA changes slowly for the most part. Good thing since a baby born today still looks human, rather than like an aardvark, an orangutan, or a tree sloth. But if that’s the case, how can life continue to adapt to the constant environmental pressures that demand adaptation?

The answer is…through epigenetics. The word literally means “above the genes.” We each have an epigenome, a control panel, that determines which genes get switched on and which ones remain silent.

What determines the epigenome? A wide array of influences that range from herbicides to pesticides, from how many greens and veggies we eat (check out my book The PlantPlus Diet Solution for the latest info) to our emotional lives. The beliefs we have induce emotional states, which in turn release small neuropeptides that are…you guessed it…epigenetic modulators. 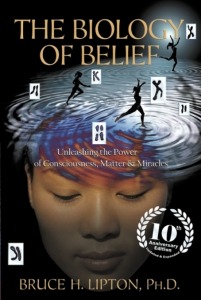 My friend Bruce Lipton has a similar academic background to my own. He is a cell biologist who spent years teaching at medical schools and doing research. When the epigenetic light bulb went on for Bruce, he became the popularizer of a field of research that few scientists even knew about at the time. And his book on beliefs and epigenetics has changed tens of thousands of lives worldwide.

I am pleased to announce that my friend Bruce is now releasing his 10th anniversary edition of “The Biology of Belief”.

” I read Biology of Belief when it first came out. It was a pioneering book and gave a much-needed scientific framework for the mind body spirit connection. Bruce’s insights and research created the basis of the epigenetic revolution that is now laying the foundation for a consciousness based understanding of biology. We are all indebted to him. ”
– Deepak Chopra, MD, FACP
Co-Author with Rudolph Tanzi, “Super Genes: Unlock the Astonishing Power of Your DNA for Optimum Health and Wellbeing”

It has been ten years since the publication of “The Biology of Belief”. During that time, research in this field has grown exponentially- Lipton’s groundbreaking experiments have now been endorsed by more than a decade of rigorous scientific study.

In this greatly expanded edition, Lipton, who as mentioned earlier is a former medical school professor and research scientist, explores his own experiments and those of others. He explains how leading-edge scientists have unraveled in even greater detail how truly connected the mind, body, and spirit are.

It is now widely recognized that genes and DNA do not control our biology.  Instead, they are controlled by signals from outside the cell, including energetic messages emanating from our thoughts. It is this latter quantum understanding that has me extra excited!

This profoundly hopeful synthesis of the latest and best research in cell biology and quantum physics puts the power to create a healthy, joyous life back in our hands. When we transform our conscious and subconscious thoughts, we transform our lives, and in the process help humanity evolve to a new level of understanding and peace.

In health and Rapt Curiosity,
Whatever will we discover next?