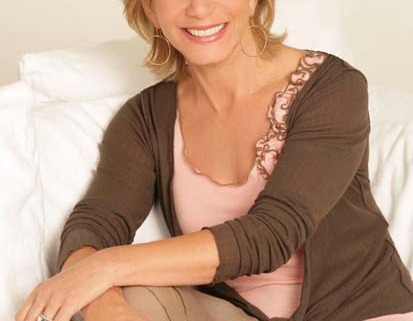 Time to downshift…finally? My son Justin just turned 46 years old. Exactly 20 years previously he and I wrote an article together about downshifting. It brought tears to both of us when we reread it on his birthday. In the 20 years since penning that article Justin got married and had kids necessitating an upshift to support a family. I kept right on working hard, but now I’m ready to work a little smarter, play more often, and downshift while still bringing my gifts and passion to the world.

I was talking to a friend the other day, a person who like me has spent her adult life learning and teaching the healing arts. We were reflecting on the emptiness of having achieved the American Dream. At midlife we agreed we were healthy, relatively wealthy and supposedly wise. We’d done in well in school, earned advanced degrees, published in our respective fields, given back something of value to society, had loving relationships and lived in comfortable circumstances. But in spite of these accomplishments we both admitted to feeling like rats on a treadmill, reacting to endless demands while lamenting a dearth of the most valuable of life’s treasures- time. Despite sincere attempts to meditate, to practice mindfulness, to be “spiritual” we were feeling frazzled. Like good little troopers we had gone full speed ahead to find the Promised Land. When we got there we found that it was a desert.

My son Justin is 26 years old, a member of the mysterious “Generation X”. Since the X’ers are widely believed to have less economic hope than their parent’s generation, they represent a pivotal point in American history. They can either wave the flag of despair or redefine success in a way that may ultimately help save our troubled world. Justin is doing the latter. With blond hair, green eyes, broad shoulders and a ready smile, he was and is “Mr. Personable”. As a teen he made more money in an after school sales job than I first made as an assistant professor at a medical school. By eighteen he drove a Mazda RX-7 purchased with his own money, had occasional stress-induced high blood pressure and had started on his bachelor’s degree in business. By twenty-one he was already beginning to sense the shadow of the wasteland behind the glitter of material success.

Instead of going for his MBA or beginning a job in management after college, Justin took a job as a waiter. This has given him time to think, to ask the big questions that many of us are too busy to ponder until crisis strikes or, God forbid, we find out that we have a life-threatening illness. What is a life well lived? What is the measure of success? What are the most important values in life and are we living our life in accord with our most deeply held beliefs? A few months ago Justin called to say that he’d heard an interesting report on National Public Radio about a sociological phenomenon called “downshifting,” a voluntary move toward simplicity that yielded less money but more time. He commented that what is called downshifting in my generation is called laziness in his. Intrigued, I asked him to write about his observations. Here is his report.

“Americans are making a new discovery. It is called downshifting. The process involves slowing down the pace of one’s work life making more “free time” but usually less money. The people who decide to downshift have decided that money and work are not what they want to live for. Downshifters have decided to disregard societal pressures and they are finding themselves wealthy in ways having nothing to do with money.

Brian, a friend of mine who is a part-time real estate salesman, says that his goals involve time outdoors, fishing and working out. He said, “I want to make as much money as I can in as few hours as I can. The rest of the time I want to be outside.” I have personally made the decision to work four nights a week as a waiter. Free time is filled with surfing, reading, playing the guitar and spending time with my community of friends.

In our society making the decision to downshift can be a tough one. The pressure is to make lots of money, have a big house, a new car, a powerful job, absolutely no free time and an ulcer. We live in a society where it is corporate culture to work 60 hours a week and to be more concerned about bank balance than spiritual balance. Downshifters are often looked down on as “slackers” or seen as poorly motivated.

Speaking from personal experience I can tell you that there is a great deal of guilt in working only 30 hours a week. Your friends may be toiling away 60 hours and not have any more than you do. Their car may be a few years newer and they may own a home rather than sharing an apartment, but in the end you both have places to live and cars to drive. There are many material things you go without when you make $15,000 a year. But how much would you pay for a day at the beach surfing with the dolphins and seals? To see the sun set into the ocean with nobody around on Cape Cod in May?

Living with roommates can be trying but not nearly as trying as working two more days a week. Many downshifters find themselves living lives that are much enriched with their free time. There is time for community activities like playing guitar and singing with your roommates and friends, having dinner together or going for a cappuccino and to people watch. For those with family members depending on their income, of course, the tradeoffs can be more difficult.

Kids are expensive. The clothes, the school, a larger place to live, more mouths to feed. More pressure to work more, make more money! Society tells your kids that they have to have the Levis jeans and the Nike sneakers. In the end what kid would ever look back and say they would trade a day fishing with dad or 100 bedtime stories for better sneakers? The message is one of living simply for less so the intangible riches can be enjoyed. Growing up it was so important to my mom that we have a big yard with woods behind our house so that my brother and I could have a place to play. She worked super hard to attain all those things. I am happy we had horses and new bikes. But I would have grown up just fine with used bikes, no horses, a small house and three more weeks of family vacation every year.

Being a downshifter can also be excellent for your career in many ways. Employers are now using more part time employees to keep payroll costs lower. A sales person that works Saturday and Sunday may make 75% of what a full time sales person makes. A waiter that works only dinner hours Friday, Saturday and Sunday may make more than a waiter working lunch and dinner all week.

The world is full of free fun to be had, work to be done and money to be made. We all need to reach a balance of those things that is comfortable to us. You’re never going to reflect on your life and wish you had gone to work instead of surfing with the seals.”

I’m proud of Justin. When people ask what he is doing, some are obviously shocked to find out that he isn’t in a doctoral program at Yale or doing a 90-hour a week residency as a brain surgeon. I have gotten more than one look of covert pity as they size me up and wonder how such an over-achieving mother could have produced such an apparently underachieving offspring. I wish they could understand that Justin lives his outer life in accord with deeply held inner values. He approaches waiting on tables as a sacred act of service- a way to reach out to people and make their days a little bit happier. He finds value in community, in service, in nature. What will happen if those expensive little children ever come into his life? Like the rest of us he’ll have to re-evaluate, to find a new balance. In the meantime I’m doing the very same thing. Those expensive children have now grown up and flown from my nest and I’m seeking a new balance in midlife- exploring the route to downshifting. If we can all live a little more lightly perhaps the earth’s resources will last longer, the collective voice of song will rise again in community, our children will hear more bedtime stories and see less violence on TV and the desert will once again bloom with the realization that the best things in life are free

Take Back Your Health
Scroll to top